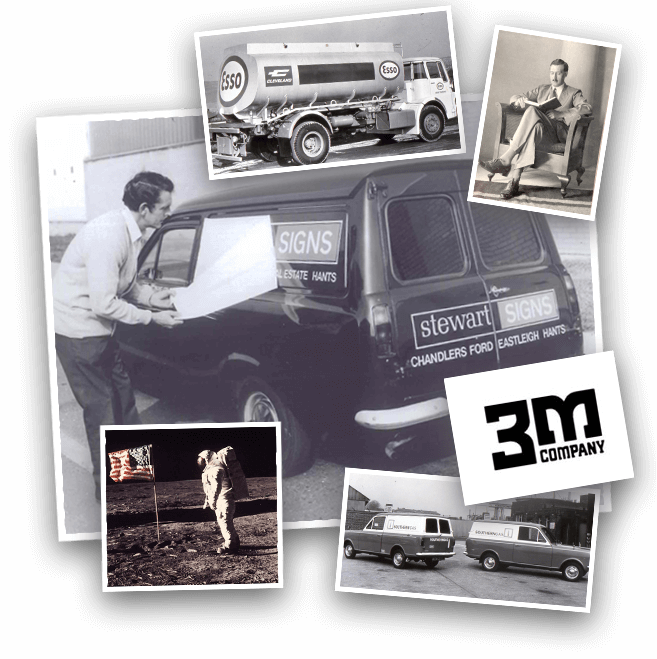 When Esso decided to rebrand their Cleveland Oil tanker fleet, it was that once-in-a-lifetime opportunity for Roy Townson. Working for 3M™, he’d seen the new printed self-adhesive cut graphics already taking over from traditional signwriting in the States. It meant that big fleets could be uniformly branded with durable markings, and with a lot less time off the road.

Roy founded Stewart Signs with a loan from his father-in-law (E.H. Stewart) and an order from Esso. His artwork and tool-making skills meant that all the production processes could happen under one roof. The pioneering company soon built a national reputation for producing consistently high-quality, precision-cut fleet livery and signs. 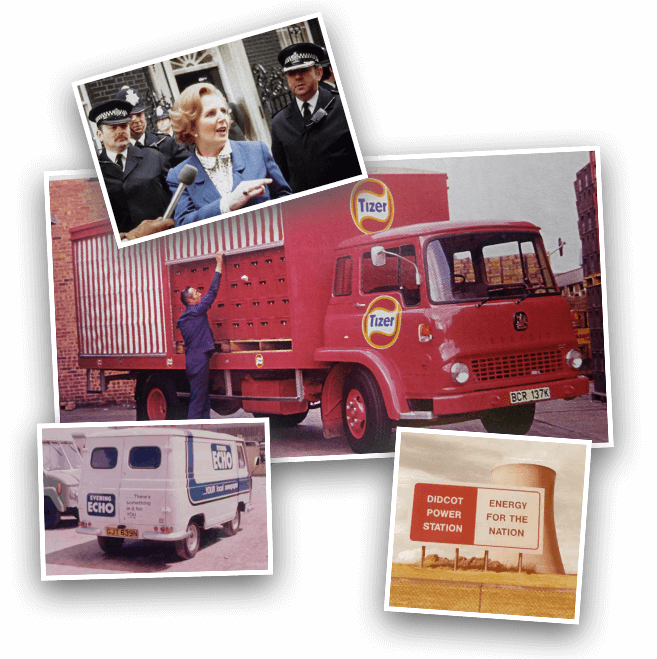 The 1970s was a tumultuous decade for business, with the ‘three-day week’ and ‘the winter of discontent’. Stewart Signs proved a secure and reliable partner throughout this period, championing their clients by protecting their brand identity.

Blue-chip organisations such as the National Coal Board, Southern Electricity Board and Central Electricity Generating Board relied on Stewart Signs volume production methods for consistent, durable livery and signs.

3M launched Controltac™, their revolutionary new positionable adhesive system that made it possible to apply large-format graphics with minimal vehicle downtime. Roy’s younger son, Michael, joined the business and started his apprenticeship on the factory floor, along with other long-service employees who are still with the company today. 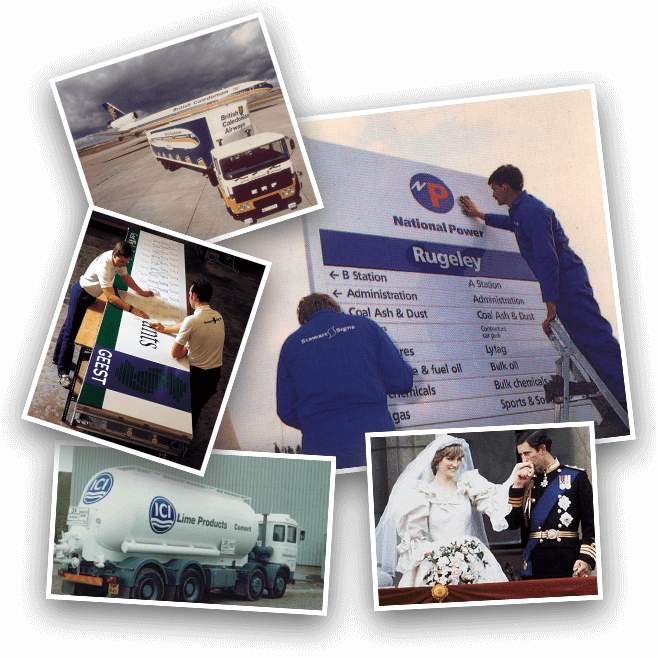 Entering the new decade and emerging from recession, the UK’s biggest brands saw the opportunity for using their trucks as rolling billboards. Self-adhesive vinyl had come of age, with Stewart Signs investing in large-format screen print equipment to meet the needs of this increasingly creative client base.

Elder son Tony Townson joined Stewart Signs in 1983, taking over from his father Roy, who died five years later after a long illness. This was a period of rapid growth with denationalisations and many big launches for new brands including ICI, National Power and Nuclear Electric. 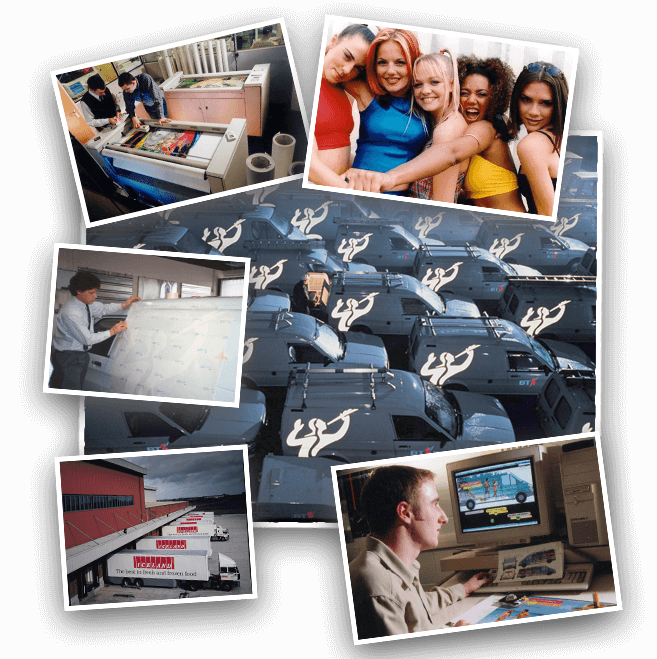 While the previous decade had seen the possibilities created by digital cutting technology, the 1990s saw the advent of large-format digital printing, which Stewart Signs helped to pioneer.  This new process not only made short print runs economical, it also offered durable photo-realistic representation for more distinctive liveries signs and displays.

Stewart Signs opened a second production unit and soon after won the contract to brand the BT fleet, the largest in the UK. The company was one of the first in the industry to be awarded BSI 14001 environmental accreditation, reflecting the commitment to sustainability that continues to this day. 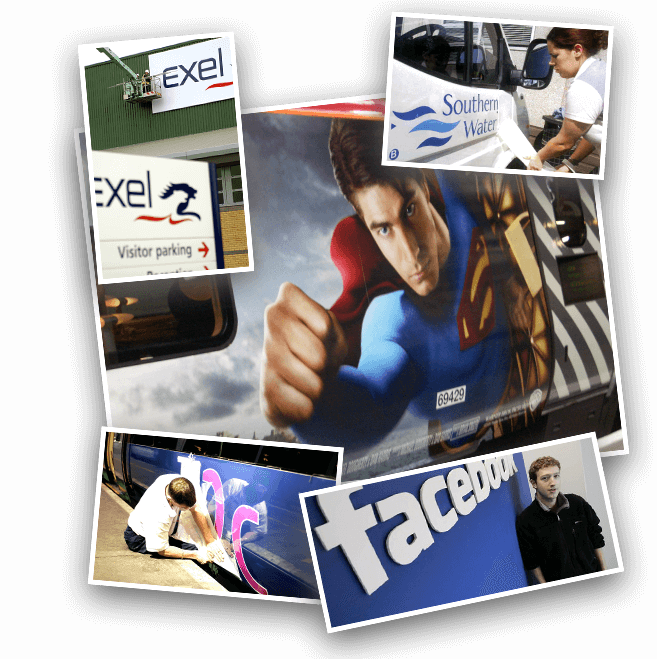 The explosion in large-format graphic production progressively usurped traditional sign-making processes. Stewart Signs continued to invest in this technology and developed a presence and great reputation in the fast-moving outdoor display market. 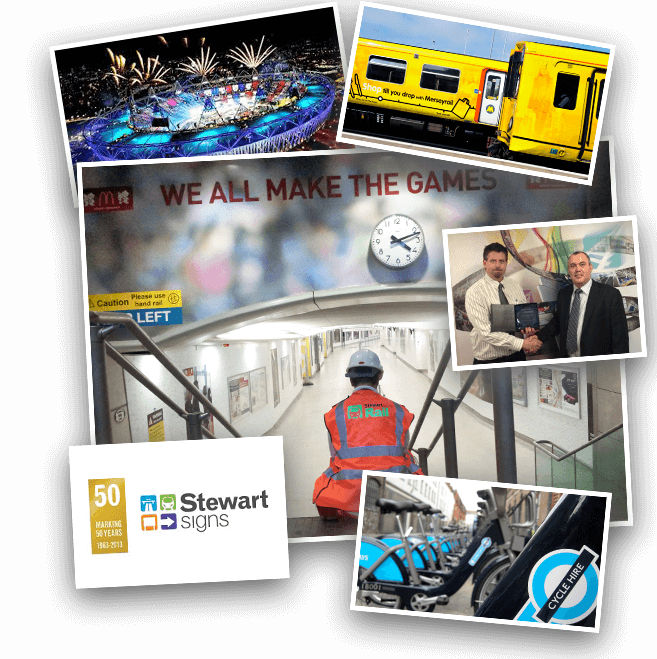 JCDecaux trusted Stewart Signs to develop and deliver the specialist outdoor installations for London 2012 Olympic Games, which catapulted the growth of the Media division. This was the year the company won the JCDecaux Outstanding Safety Performance Award, the first time ever for a sign and graphics company.

In November 2013 Stewart Signs celebrated 50 years as a family owned and managed business.  They marked this milestone with significantly increased investment in people, plant and processes to secure their position for an exciting future, underpinned by deep long-term relationships.

We are a family

At Stewart Signs, you’ll join one of the UK’s best established and most successful sign and graphics companies. We’ll give you the support you need to continuously progress your career while delighting our customers and developing those around you.

We work in an honest, positive and friendly environment, where people are encouraged and empowered to make the best decisions. Our company values are centred on being a family, making things better and delivering results.

If you’d like to work in this environment and have beliefs consistent with our own, do let us know. Specific opportunities are listed below, but if you have something special which doesn’t immediately fit with anything here then contact careers@stewartsigns.co.uk

How workplace branding can positively affect your employees