To celebrate the launch of BEAM, Virgin Trains new on board entertainment service, Stewart Signs has wrapped an 11 car Pendolino train promoting the release of Hollywood blockbuster Independence Day: Resurgence.

In a star-studded launch ceremony held at Euston Station, the Independence Day: Resurgence train-wrap marks a partnership between Virgin Trains and 20th Century Fox to deliver a range of entertainment services to passengers using BEAM.

TV presenter Alex Zane showcased the new train design to film director Roland Emmerich and cast members, Liam Hemsworth and Jeff Goldblum, who each have a carriage decorated with images of their characters on the side. 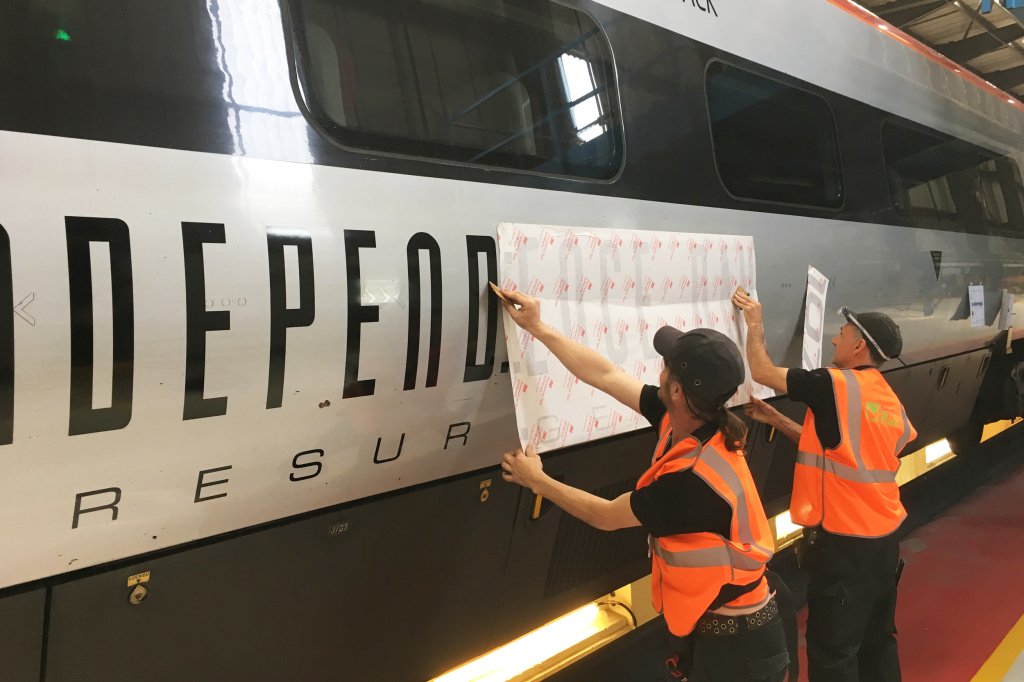 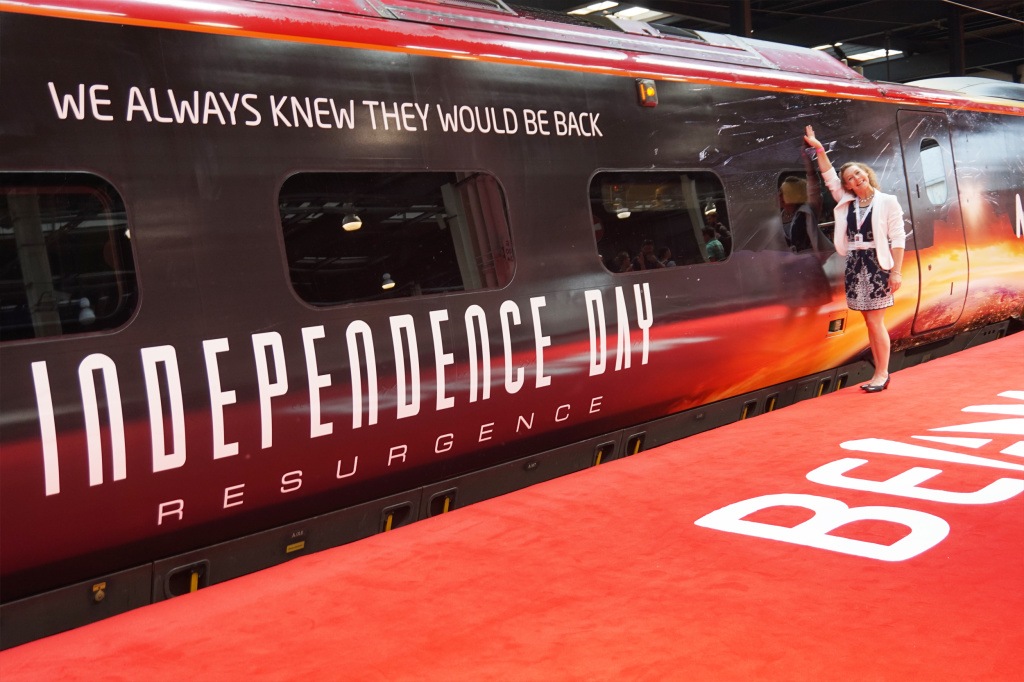 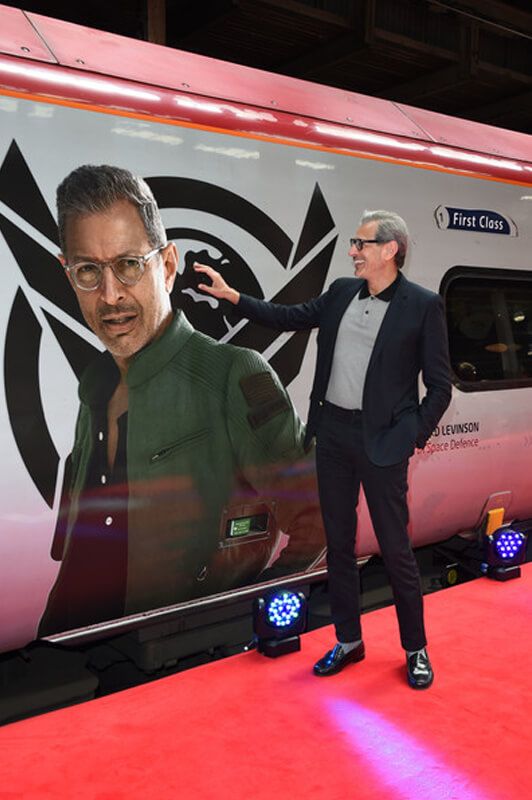 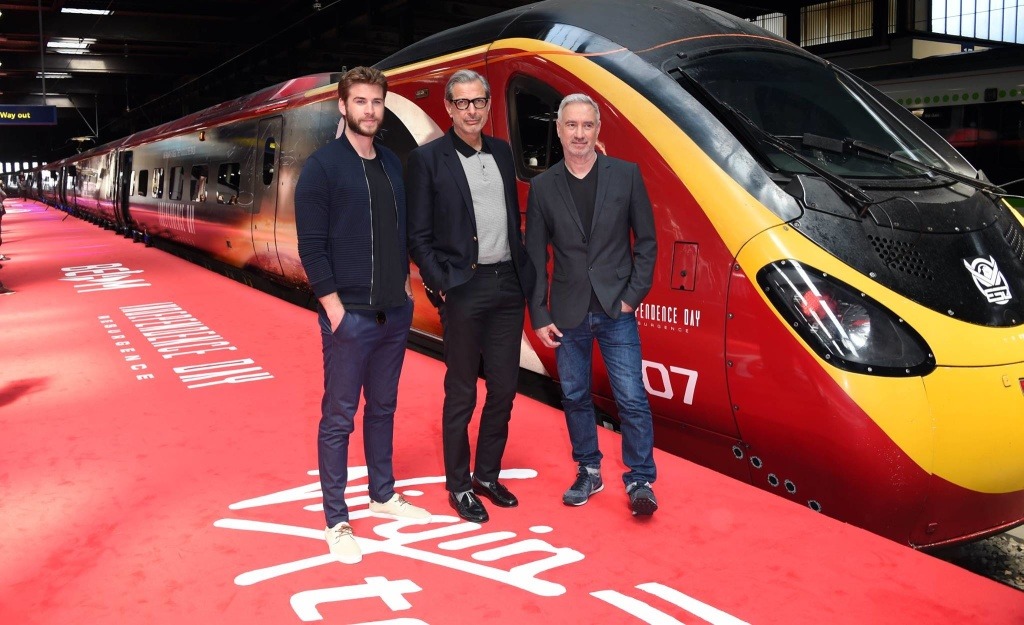