We don’t know how or it began or why but the World Cup of Train Operators has had us gripped to the edge of our seats for the last two weeks.

Brainchild of train aficionado, Geoff Marshall, the World Cup of Train Operators rattled into action on the 1st of February 2021 on Twitter. With each match decided by Twitter poll, today marks the culmination of weeks of tense voting.

Train operators and their fans have been battling it out for supremacy using every weapon in their arsenal to garner votes: from memes to station mascots. 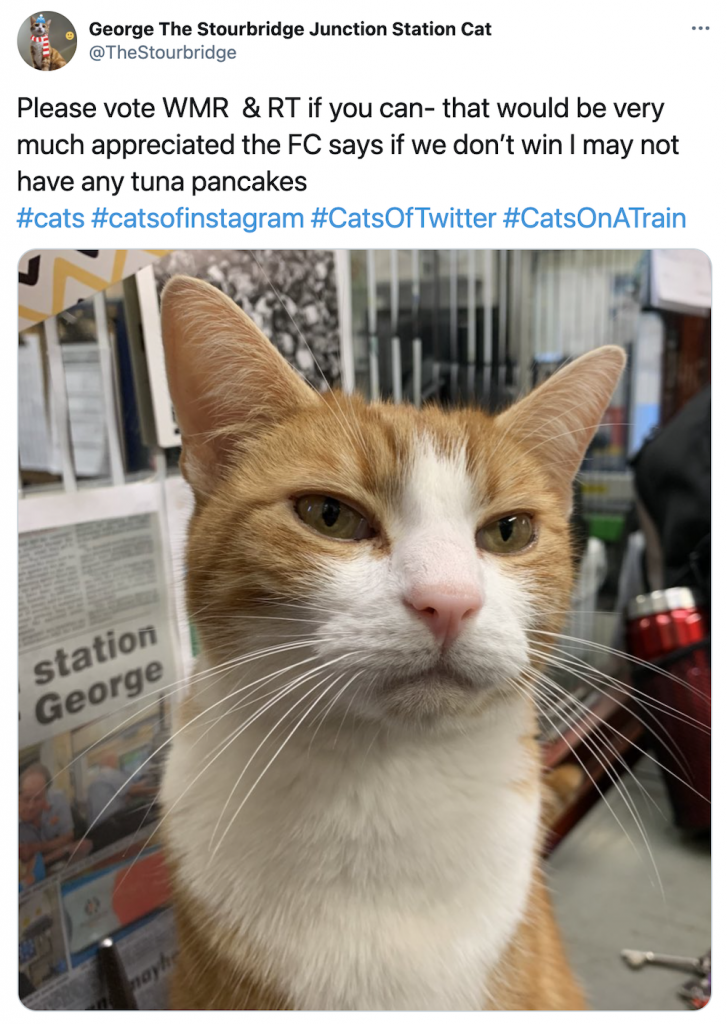 In the quarter finals, a thrilling match unfolded between Avanti West Coast and Caledonian Sleeper. For a while, it looked like Avanti were in for the win but Caledonian Sleeper took it with 52.1% of the vote.

It was another close match between ScotRail and TransPennine Express which saw ScotRail claim victory with 50.7% of the vote.

The next bout saw Hitachi Trains go up against none other than… Hitachi Trains: GWR and LNER fought an incredibly tense battle, with the leads swapping several times. But it was LNER that swooped in to claim their place in the semi-finals with 50.4% of the vote.

Last, but by now means least, West Midlands Railway snatched victory from SWR with 52.9% of the vote, marking the end of a riveting week. 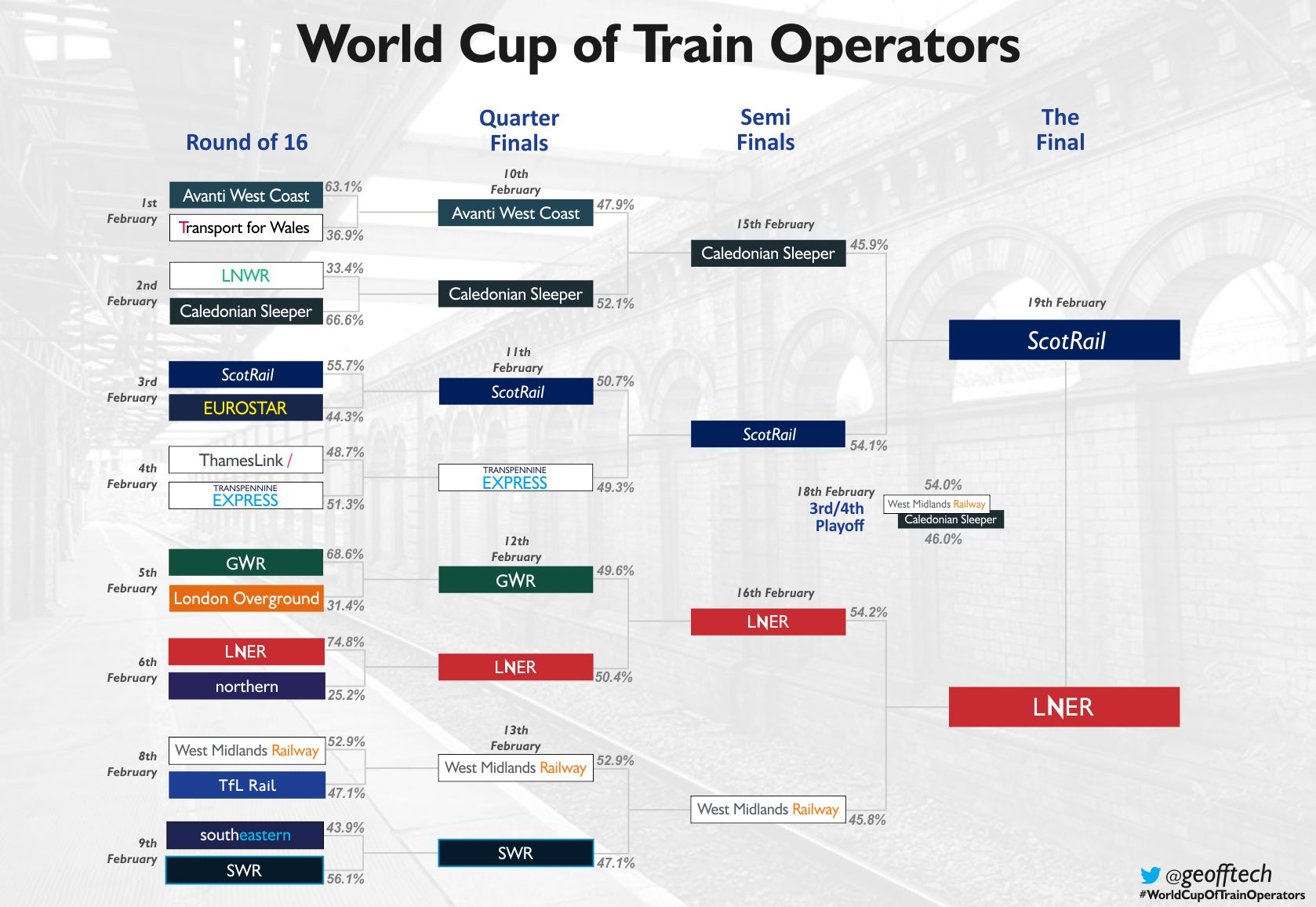 On Monday the action kicked back off with Caledonian Sleeper vs Scotrail. Over 10,000 people voted for Scotrail who bested their fellow Scotsmen with 54.1% of the vote.

The following day, LNER took on West Midlands Railway, a match that garnered the most fan participation to date, with over 18,000 people voting for their favourites. In the end, it was LNER who reigned supreme with 54.2% of the vote.

Today, Scotrail and LNER take the field for the final showdown. As we went to press LNER were edging ahead with 52% of the vote.

Of course, we at Stewart Signs must remain impartial, as many of these great train operators are our clients. And like parents of beloved children, we love them all equally.

If you’d like to have your say in who takes home the virtual trophy, you can get involved here. And now all that remains is to wonder what will be next? The Rail Olympics? Let’s hope so.

How workplace branding can positively affect your employees